With companies staying private longer than they used to, employees have struggled to figure out how to get some value out of their equity while they wait for the big event. 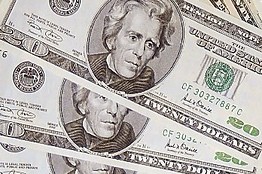 One startup, Equidate Inc., has a new take on solving this problem and will emerge publicly today with a marketplace for buying and selling private company shares.

The company, which has been in private beta since January, has raised seed funding from investors including Structure Capital, IronPort co-founder Scott Banister, Quora co-founder Charlie Cheever and AdRoll co-founder Jared Kopf, according to Chief Executive Sohail Prasad.

“With employees’ net worth tied up in illiquid companies, they’re not able to have a kid or put a down payment on a house,” Mr. Prasad said.

Equidate is not the first company to facilitate trading in private company shares. SecondMarket Holdings did a brisk business in auctioning Facebook shares before that company went public in 2012, according to VentureWire records. Since then, private companies have sought to exert more control over the trading of their shares, with controlled block shares.

Another company, SharesPost, which in 2012 paid penalties to the SEC for acting as an unregistered broker dealer, has since opened a private shares market with Nasdaq.

Mr. Prasad believes Equidate will be able to avoid some of the problems that SecondMarket and SharesPost encountered. No shares trade hands during transactions facilitated by Equidate, which works with a licensed broker-dealer–instead, the investor gets a derivative contract, which is indexed based on the price and value of the shares and which the investor can cash in when the company goes public or gets acquired.

For the full story, please visit the Wall St. Journal