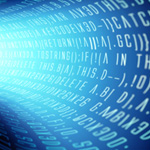 Here at ISIN we have assisted tens of thousands of companies with international securities identification numbers, CUSIPs, database assistance and more. If your company is issuing debt or equity
securities and requires a CUSIP or an ISIN code or other identifiers you may contact us anytime for application assistance. 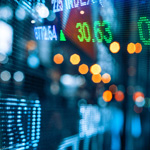 If you are ready to apply for a CUSIP, ISIN or other code and need the application expedited just let us know. Our staff will work to ensure that your application is completed as fast as is permitted.
Unrivaled speed and customer service is what our team prides itself. Contact us today to start your process.

We assists in creating CUSIP and ISIN code numbers. ISIN and CUSIP numbers are developed to convert a word, phrase, or letter into another form and used in communication, rules, signals, security, and other purposes. Every facet of human undertaking utilizes codes. Government agencies use them and so do financial institutions. Two such codes being used in trade and finance are the ISIN and CUSIP.

The ISIN code, or the International Securities Identification Number, is an alpha numeric code that contains 12 characters. The ISIN code has a country code composed of two letters, a national security identifier composed of nine alphanumeric characters, and one check digit. Its purpose is for the uniform identification of securities that are traded and settled. It is used on shares, options, debt security, derivatives, and futures trading. It is being used in most parts of the world especially in Europe.

The check digit is derived using the “Modulus 10 Double Add Double” technique wherein letters are converted to numbers by adding their position in the alphabet to nine. Odd and even numbers are segregated then the first group is multiplied by two. The products of the first group and the second group are added and the ten’s modulus of the sum is taken. The result is then subtracted from ten and the ISIN check digit is realized. Our team helps acquiring an ISIN number.

The Committee on Uniform Security Identification Purposes (CUSIP), on the other hand, is a North American alphanumeric code that has nine characters used for securities trade clearing and settlement. It is used primarily in the United States of America. It contains the base which is the first six characters that identifies the issuer and assigned in alphabetical sequence, the seventh and eighth characters that identifies the issue, and the ninth character which is the check digit. The check digit is calculated by converting letters to numbers according to their position in the alphabet. All second digits are then multiplied by two to come up with the CUSIP check digit. Our team helps with obtaining CUSIP numbers.

4.ISIN includes a two character country code which is provided by the ISO while CUSIP does not.

6.Both contain check digits that are located at the end of the code and while the ISIN check digit is derived by converting letters to numbers by adding their position in the alphabet to nine, in CUSIP they are converted by assigning them their ordinal positions in the alphabet.

Contact Us for a free ISIN and CUSIP consultation